The soft release of Pokémon Go happened on Wednesday, July 6th, 2016. The week had already been a stressful one for many, as the internet exploded with racial tensions and arguments on every social network. The social feeds were packed with posts about social injustice, police using robots to remotely kill people, and Comcast graciously offering us a 1TB data limit per month. The online atmosphere was becoming toxic.

Needless to say, by the time I wrapped up my work week on Friday afternoon – I was ready to unwind with some fun. I got out my bike and rode for a while, finally settling on a shady spot at the Keeling-Puri Peace Plaza.

A new game was just what I needed, and my Ingress faction (Enlightened) had been more chatty than usual. Many of us had been talking about Niantic’s newest game for months. Most of us were concerned about how the new Pokémon Go would impact our already dwindling numbers.

I’ve been playing Ingress for about 3.5 years. For those who don’t know, Ingress is Niantic’s first augmented reality game. As Ingress began to ramp up, many of us experienced the kind of excitement and school-kid giddiness that today’s droves of Pokemasters are squee-ing over. The game’s beta was invitation only. I begged and pleaded the handful of friends who had special invite codes until I finally got one.

January 9th, 2013, I fired up my phone and signed in to the app. Even before my account was approved, I had been submitting portals for approval by taking a photo of a landmark and sending it, along with the GPS co-ordinates, to Niantic. Today, there are bristling clusters of portals at key points all over the city. Those portal clusters are home to a somewhat higher density of Pokestops, and usually at least one Gym.

Armed with the ancient knowledge from years of submitting Ingress portals and fighting over control of them with our local smurfs (the Resistance), I started looking for Pokémon at our pre-established Ingress farms. I was not disappointed.

Friday night, as I played at the Puri peace plaza, I saw droves of gamers staring at their phones and wandering. Passing one another, I imagine we each struggled with the awkwardness I felt. Knowing that the other person was playing the game, and on my part wondering just briefly if they were Ingress agents. They were not. As the weekend went on, people began to crack a smile when they looked up, or raise their hand in a half-wave. By Saturday, I was seeing groups of 3, 4, or 5 people together. Several groups at a time. Finally, there were 12 or more people wandering around the public space at 11 pm and I knew something amazing was happening.

As others discussed gym locations, I worked up the courage to chime in. Places of worship, public monuments, and parks usually have gyms nearby. I had already verified that Rockford’s local Ingress portal farms had naturally become Pokéstop clusters. Without a tutorial to help us, everyone began to share knowledge.

Being on a different team in Pokémon is nothing like being on another faction in Ingress. I’m team Mystic, and have friends on team Valor – but we can farm Pokémon together and hang out near the same Pokéstops. If someone uses a lure to modify one of them, we can ALL take advantage. Our only competition is in the gyms. While Ingress focuses on pitting players against one another in a fight for territory, Pokemon Go allows everyone to play together.

As the weekend went on, people relaxed and began to talk openly. Pokémasters were exchanging info. Human digiphiles were actually walking around outside AND speaking to one another!

Playing a global game of capture the flag is pretty heavy on strategy. The analytical mind will get a workout with Ingress; planning operations to link three portals is how you create a field. Links cannot cross one another. Smaller fields cannot be made under larger ones. 3rd shift workers are the bane of 1st shifters as they demolish hours of work in minutes. The global and regional scoreboards change on a 175 hour cycle. In Ingress, it’s sometimes a challenge to feel like you’ve achieved a “win” at all.

Pokémon Go doesn’t lack in strategy so much as it excels at offering diverse challenges. Various smaller accomplishments can be gained from different types of actions. Rather than standing at each portal among dozens and deploying 8 resonators at a time, pokéstops belong to no one, and battles are between you and the monsters.

Walking is a natural part of these games. Both require players to move within 40 feet of the portal/pokéstop they want to interact with. In Ingress, you can receive a badge for walking certain distances. Pokémon Go allows you to catch Pokémon that spawn on the map around you, but there are also incubators. Sometimes pokéstops drop eggs along with pokéballs, potions, revives, and lures. Incubators allow players to eventually hatch an egg, by walking a certain distance.

Walking around, catching Pokémon, and farming pokéstops are all activities that you can do alongside any other faction. Where the competition really begins is in the gyms. Each one has a color determined by the players who have won battles and placed their Pokémon there to fight; blue, red, or yellow.

Gyms also require players to be within 40 feet to battle, so they are great places to find other players. They are also great for battling the Pokémon you’ve caught and evolved.

During the early days of Ingress, one of my favorite ways to enjoy the game was by traveling to and submitting local attractions, public monuments, and places of civic importance to Niantic Labs.

The images on the pokéstops are all taken from Ingress portals. Many of them are photos that I (and other agents) submitted. I fought the urge to feel territorial as all these new whippersnappers ran around “discovering” pokéstops that I had essentially created. I must admit, it was frustrating. Augmented Reality, or AR, isn’t a new thing, and Pokémon Go is NOT the groundbreaking foundation of a new trend. Niantic has also developed a lesser known app called Field Trip, to help people find places of interest (sound familiar?) while traveling.

Less than a week after it’s launch, critics of Pokémon Go are already lamenting about how we’re all just “staring at our phones” instead of our surroundings. What they don’t understand is that these games are exciting to many adults because they are augmenting reality through mobile technology. While Ingress was the first game I played with Google Maps integration and a playing field that was literally the world around me, Pokémon Go has raised the bar.

When Pokémon appear on your map, you tap them to begin throwing pokéballs and eventually catch them. The AR comes in to play in several ways with this game. You can take shots of the Pokémon in the world around you by touching the camera icon before you start to throw. I learned the hard way not to use my phone’s screenshot gesture -swiping the screen. My Pokéballs consistently got stuck on the left side of the screen, and I lost the monsters I was trying to capture.

Seeing the cute little cartoon monsters and being able to photograph them is probably the most fun part of the game for many. The resulting picture is clean, and features your player name in the bottom right corner. Battling creatures on the sidewalk or on your best friend’s shoulder is pretty awesome, too.

The gym battles also allow for AR, but there’s a switch you can use to turn it off if you choose. This may be because gym battles are slightly more data intense, and you’ll battle more than one monster if the Gym has multiple (most do) champions to defeat.

While some folks have had issues with the AR working on their phones, I’m using a Samsung Galaxy S6 and it’s working for me. If you’ve got a relatively current model phone and it’s not allowing you to use AR, leave us a comment and tell us about it.

When I left the house on Friday night to play Pokémon Go, I was emotionally worn out. The world felt like a place divided by race, politics, and socio-economic status. Everywhere I looked online, for work or play, adults were arguing with strangers and friends alike.

The internet is often populated by content that informs us of terrible things. Often, they have happened too far away for us to do much about them. Many people try to raise awareness by sharing news, or go out into their communities to protest something. Even more of them simply argue in comment threads with people they may never meet in real life. The cycle perpetuates itself.

Playing this game over the last three days, I have seen something beautiful. People of every creed and color are at the park looking up from their phones and seeing one another. They are enjoying a shared experience. They are building a community.

Even as the police in riot gear line up to face women in sundresses and sandals, Pokémon Go players are lining up to catch their animated monsters. While SJW’s and forum trolls take pseudo-intellectual pot-shots at one another, we’re smiling at strangers for the first time.

You may see some haters online complaining about how we aren’t making a difference in the world by playing a game, but I disagree. Pokémon Go has made a huge difference this weekend. This isn’t just a game for kids, or for boys, or even just for us geeks. It has allowed anyone with a smartphone to explore their community and find new friends. Building a community is arguably the best way to fight ignorance, injustice, and vitriol. Pokémon Go has done that, and by so doing it has truly augmented our reality. 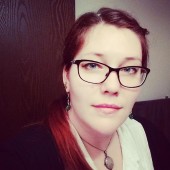