Microsoft has announced that the eagerly awaited next adventure in the Fable world has been canceled, and the future of Lionhead Studios, the veteran development studio behind the Fable series, hangs in the balance.

“These have been tough decisions and we have not made them lightly, nor are they a reflection on these development teams – we are incredibly fortunate to have the talent, creativity, and commitment of the people at these studios. The Lionhead Studios team has delighted millions of fans with the Fable series over the past decade.” – Hanno Lemke, General Manager, Microsoft Studios Europe 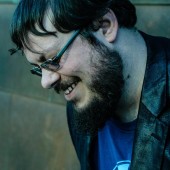 Zach, also known by his gamertag Antheladen, is a gamer that loves a little of everything geek. Tabletop, collectible card games, video games, fiction... anything that gives him an escape from the day-to-day. He's one of the founders of Geekbotchery and makes his living as an eCommerce consultant and website developer. If you see a problem with the site, it's probably his fault. We all botch sometimes!