As we are ready to settle down from the crazy days of summer, the air is crisp and cool. The hint of fall is around every corner. There’s a spooky tingle in your wallet if you’re a PS Plus member (cue the scary music). This month PlayStation has released their plus game titles, along with a $10.00 price hike for yearly subscribers that starts September 22nd.

Now this isn’t the end of the world (unless you’re playing the new Nuka-World DLC for Fallout 4, heh).

If you pay monthly, your $9.99 per month subscription price will not change, but you’re still paying twice as much as a yearly subscriber -almost $120 per year. For those of us that pay $49.99 a year, expect a small stinging sensation in your pocketbook. You fence-sitters who have been paying $17.99 for three months at a time will see that subscription price increase to $24.99. Ouch.

The price increase shouldn’t be a shocker to anyone. With everything else on the rise, like Netflix for the long-term subscribers, it is not unexpected. Especially for the gamers of today, when all the good console games require a membership to play online. Still, even at $59.99 per month, the yearly subscription is the best deal and you can often find discounted subscription cards at e-commerce shopping sites for slightly less than MSRP.

Speaking of the best console games, did you buy the latest DLC for Fallout 4? Nuka World is finally here! It sounds like it’s going to be pretty awesome:

“Take a trip to Nuka-World, a vast amusement park now a lawless city of Raiders. Explore an all-new region with an open wasteland and park zones like Safari Adventure, Dry Rock Gulch, Kiddie Kingdom, and the Galactic Zone. Lead lethal gangs of Raiders and use them to conquer settlements, bending the Commonwealth to your will. Nuka-World features new quests, Raiders, weapons, creatures, and more. Enjoy the ride!”- PlayStation Store

This newest content area for Fallout 4 sounds like a creepy, delightfully delinquent descent into post-apocalyptic savagery. At $19.99, it sounds like an add-on worth it’s weight in bottlecaps. Of course, we haven’t had a chance to play it yet so don’t take our word for it. In Nuka-World, you lead a band of Raiders from your home-base in a defunct amusement park. Different areas of the park have themes, and you can go out into the wasteland and take settlements with your rag-tag band of gore-loving anarchists. Be the bad guy you always knew you could be.

Here’s your PlayStation Plus free game line up for September:

Lords of the Fallen, PS4 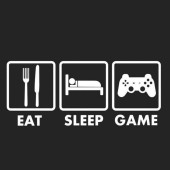 A tabletop gamer for a large portion of her life, delving into dungeons and adventure with a fervor, Chick Who Botches brings her quirky, no-holds-barred attitude to the Geekbotchery team. Her characters often possess a curious nature, a tendency toward anarchy and a comedian's heart. She likes role playing games and has played World of Warcraft since just before Burning Crusade, but her taste in video games runs the gamut from Fallout and Borderlands to The Sims and Terraria. She also dabbles in Magic The Gathering and loves a good game of Munchkin or Fluxx.

Nintendo reboot of the SNES